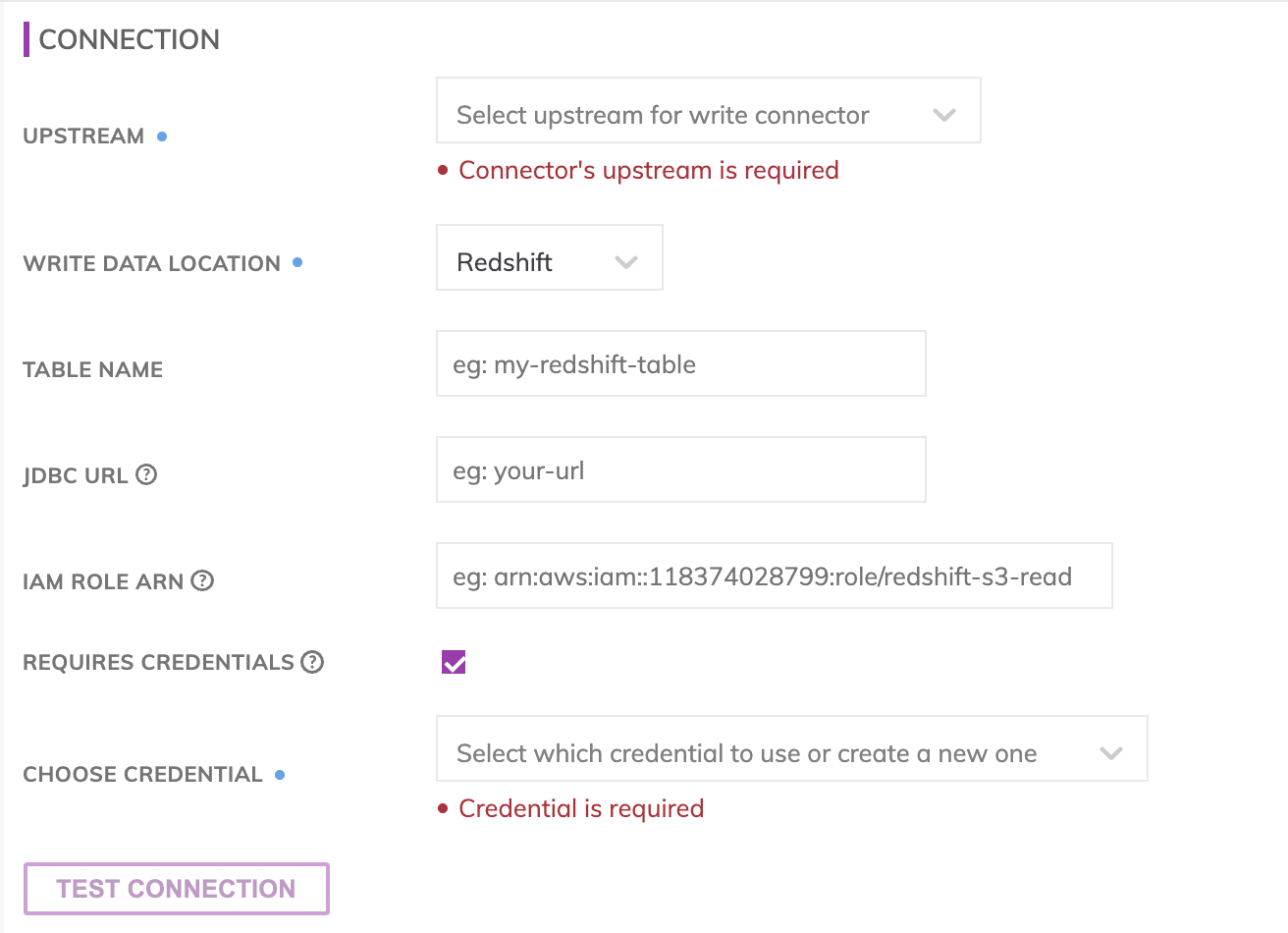 All Redshift connections are SSL encrypted.

Use Test Connection to check whether all Redshift permissions are correctly configured.

Please note that the s3 access for the IAM Role mentioned above will need to be tested separately in AWS as that's role for the Redshift cluster to associate with and Ascend will not be able to assume that role.

AWS S3 is used as a staging area prior to pushing data into Redshift. This requires configuring an S3 write connector. Specify under the Intermediate S3 Store Information section the S3 path where the data files will be created.

For example, if the write connector produces three files A, B and C under the example object-prefix good_data/my_awesome_table above and there was an existing file called output.txt at the same location Ascend will delete output.txt since Ascend did not generate it.

Enter the Access Key and Secret Key for the IAM User which has both read and write access to the path specified.

When Alter table option is selected and the schema of the upstream transform has changed, all rows in the table will be deleted and new rows will be generated.

Ascend updates Redshift tables atomically. This means if an incremental update fails, the applications consuming the Redshift data will see the last completed and successful update. No leftover data from a failed update will be exposed to the Redshift consumers.