Specify the Upstream and S3 path 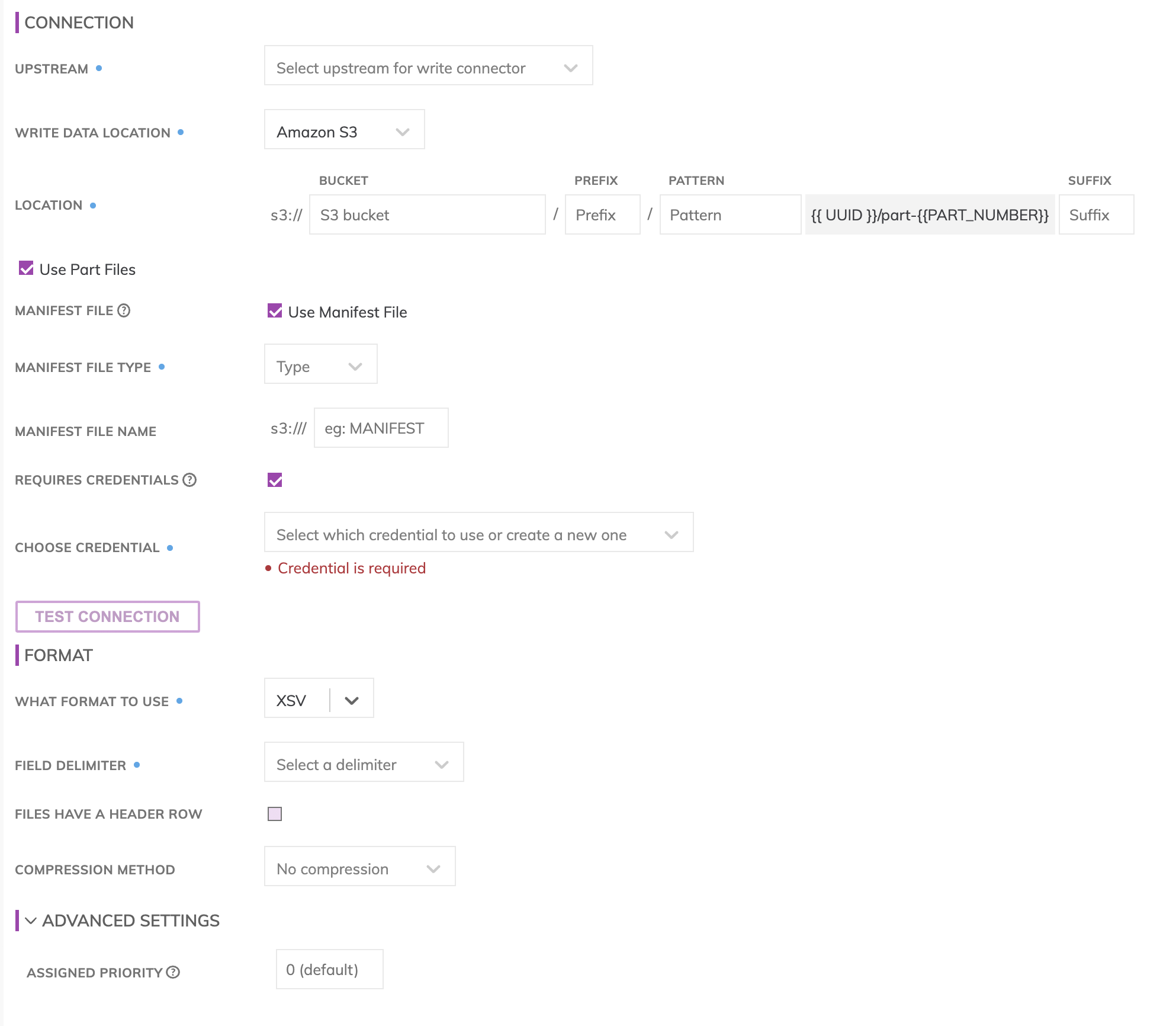 If selected a manifest file is generated or updated every time the Write Connector gets Up-To-Date and will contain a list of file names for all data files that are ready to be consumed by downstream applications. To create a Manifest File, specify the full path, including the file name, for where the Manifest File should get created at, as well as whether this should be a CSV or a JSON file.

Make sure the Manifest File is located under the same folder as the data files.

Enter the Access Key and Secret Key for the IAM User which has write access to the path specified. Here's an example policy for writing into the s3 location s3://ascend-io-playground-bucket/write.

XSV formatter: Supports 3 different delimiters and 9 different line terminators and allows specifying whether a Header Row should be included. The XSV generated is RFC4180 compliant.

JSON formatter: Will generate a file where each line in the file is a valid JSON object representing one data row from upstream.

The JSON Formatter will automatically replace new line characters in column values to \n in order to guarantee the JSON file has single line records.

Updated about 2 years ago