Connection Setting specifies the details to connect to the particular Azure Blob location. 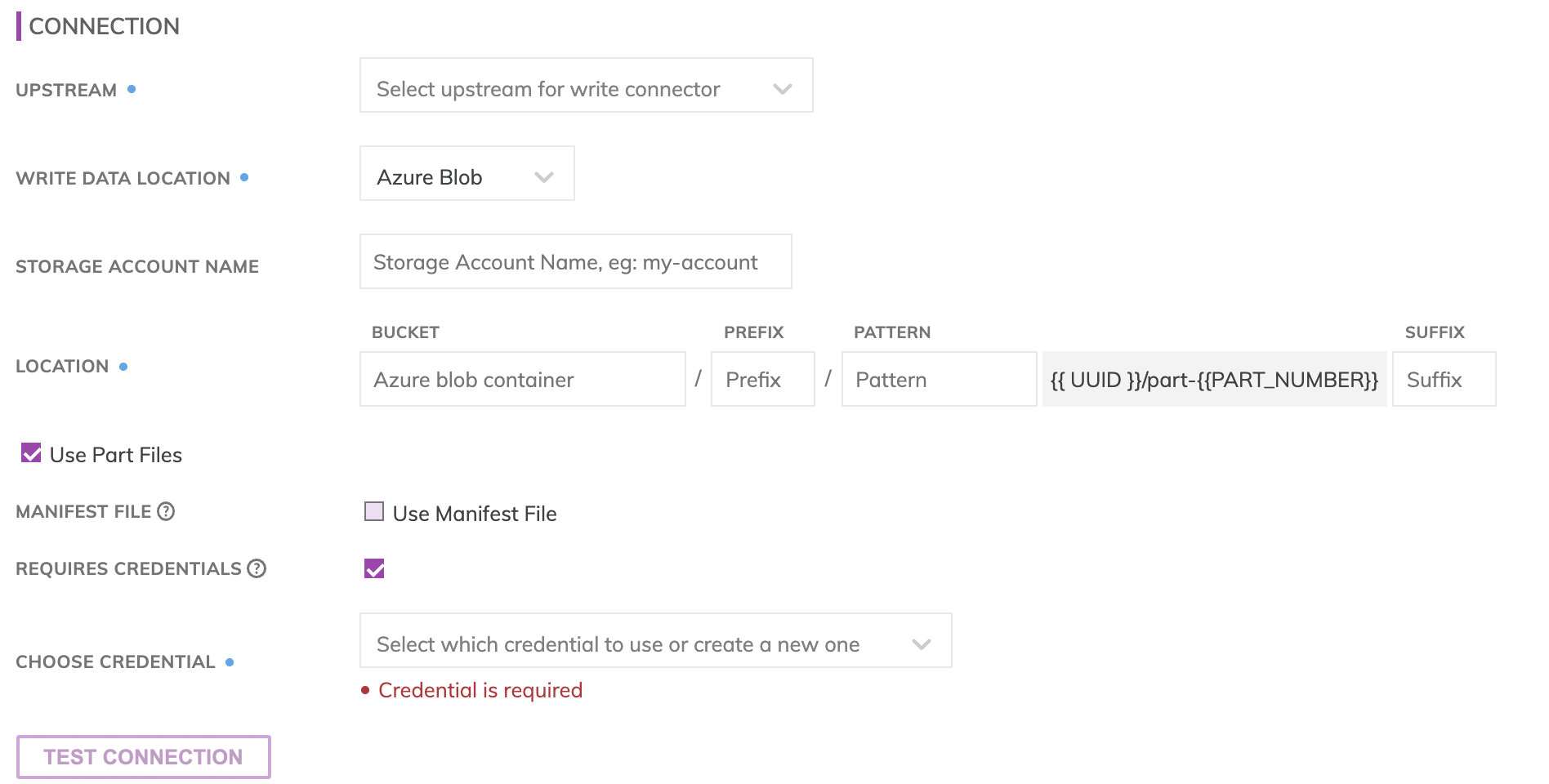 If selected a manifest file is generated or updated every time the Write Connector gets Up-To-Date and will contain a list of file names for all data files that are ready to be consumed by downstream applications. To create a Manifest File, specify the full path, including the file name, for where the Manifest File should get created at, as well as whether this should be a CSV or a JSON file.

Use Test Connection to check whether all Azure Blob permissions are correctly configured.

The formatter settings specifies what format the files will be generated with.

Ascend supports 3 different delimiters and 9 different line terminators and allows specifying whether a Header Row should be included. The XSV generated is RFC4180 compliant.

Will generate a file where each line in the file is a valid JSON object representing one data row from upstream.

The JSON Formatter will automatically replace new line characters in column values to \n in order to guarantee the JSON file has single line records.

When resources are constrained, Processing Priority will be used to determine which components to schedule first.

Higher priority numbers are scheduled before lower ones. Increasing the priority on a component also causes all its upstream components to be prioritized higher. Negative priorities can be used to postpone work until excess capacity becomes available.