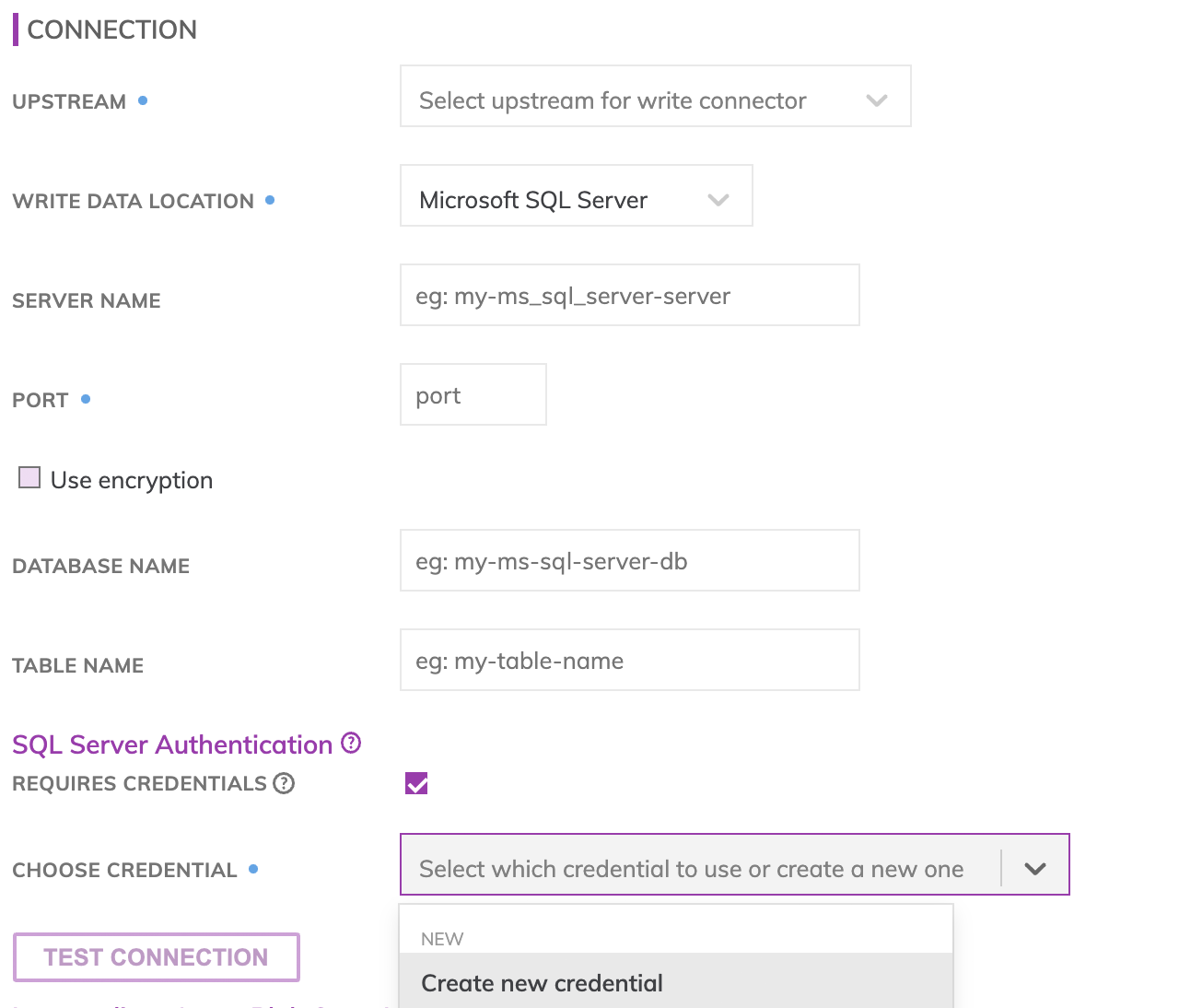 Use Test Connection to check whether all MS SQL Server credentials are correctly configured.

Azure Blob is used as a staging area prior to pushing data into MS SQL Server. This requires configuring an Azure Blob Store with proper credentials. Specify under the Intermediate Azure Blob Store Information section the location where the data files will be created.

Use Test Connection to check whether all Azure credentials are correctly configured.

Updated about 2 years ago