This section describes the 5 steps to prepare a dedicated GCP project for the Ascend Enterprise deployment.

Please create a dedicated GCP project within the Organization with the name ascend-io-customer-<customer_name>. 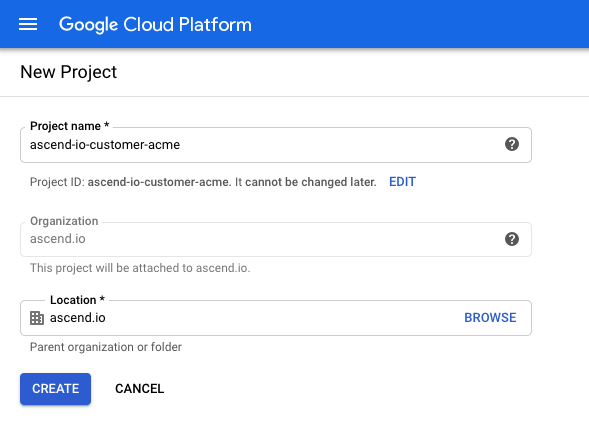 Please sign up a support a GCP support plan, ideally at the level of “Production” or higher. 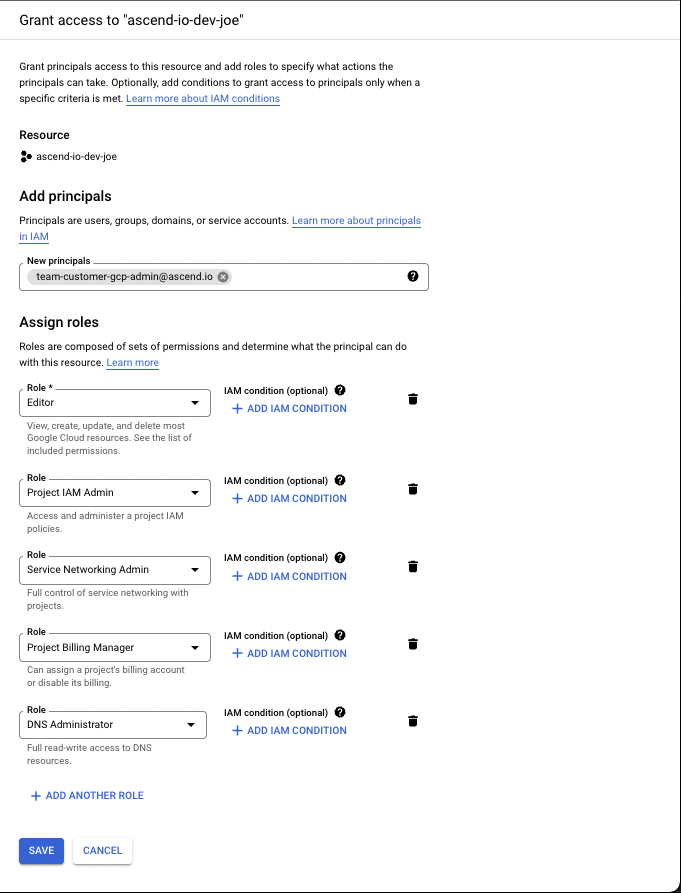 Once the above 4 steps are completed, please send an email to Ascend at [email protected] including the following:

Ascend will be responsible for new software releases and maintenance of all services within this GCP project.

Ascend infrastructure team require access to the GCP project at all times to ensure reliability, performance, and code deployments.