The System Usage Connection Type enables developers to audit the Jobs, Pods, and Nodes from Ascend.

By creating a System Usage Connection, developers can audit their metadata of Ascend with the same tool chain used for building Dataflows. 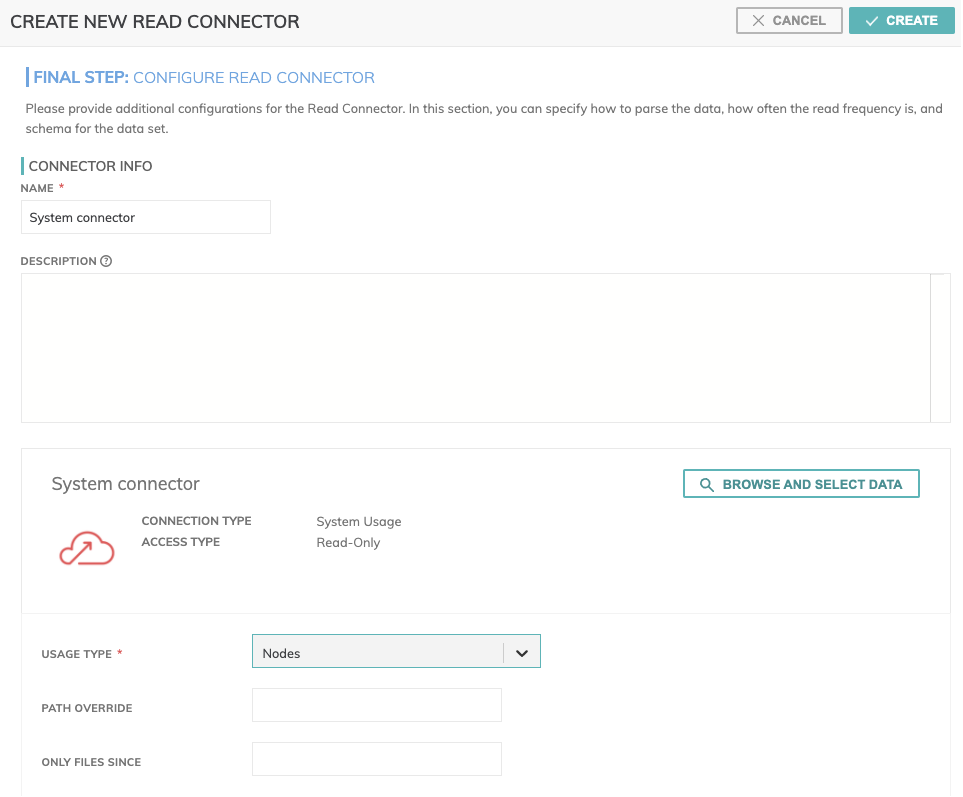 You can either provide Usage Type(required) from the drop-down menu, which allow you to choose between Pods, Nodes or Jobs or click on Browse and Select Data: this button allows to explore resource and locate assets to ingest.

The Jobs data set consists of each individual task that Ascend has scheduled in order to process the Components of a Dataflow.

Note, fields like data_service_id, dataflow_id, and component_id are only present if the Job is associated to a particular component.

The Pods dataset contains an entry for every pod on the cluster measured at every minute. This dataset reflects all Pods in the Kubernetes cluster (both for internal Ascend usage and for running customer data processing).

The Nodes dataset contains an entry for every node (also referred to as an "instance") on the cluster measured at every minute. This dataset reflects all Nodes in the Kubernetes cluster (both for internal Ascend usage and for running customer data processing).

Converting from Nodes to DFC

Ascend only meters on Nodes that are part of the compute pool (Nodes that are used for data processing) in a measurement referred to as a DFC. Ascend defines a DFC as 8 vcpu running for 1 hour, measured at the minute granularity. Thus, to convert from the Nodes data set to a daily DFC measurement, the following transform can be used:

Updated about 2 months ago