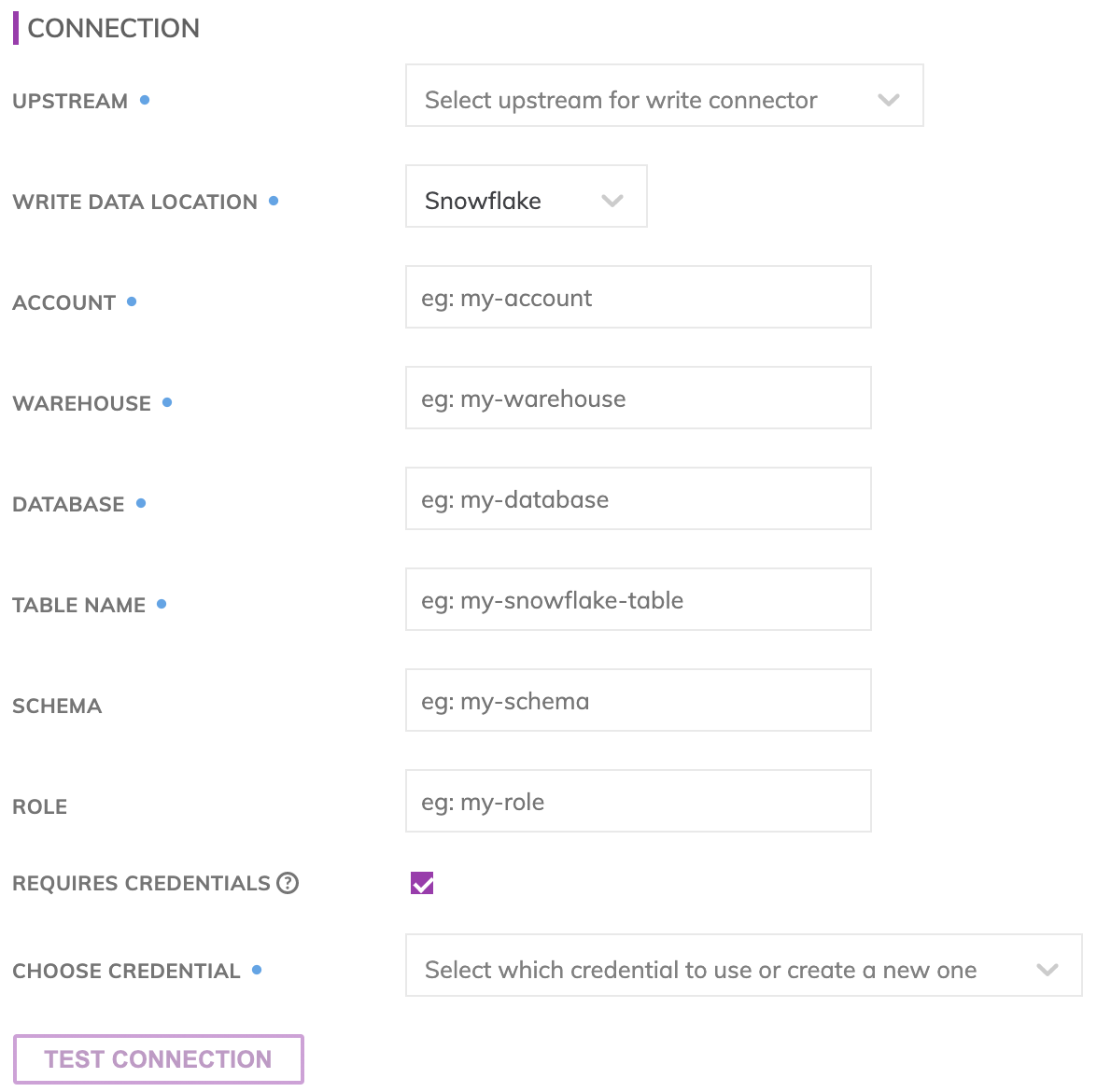 Specify the Snowflake connection details. These include how to connect to Snowflake as well as where data resides within Snowflake.

Use Test Connection to check whether all Snowflake account permissions are correctly configured.

AWS S3 is used as a staging area prior to pushing data into Snowflake. This requires configuring an AWS S3 bucket with proper S3 credentials. Specify under the Intermediate S3 Store Information section the S3 path where the data files will be created.

Use Test Connection to check whether all AWS permissions are correctly configured.